“I Wish You Had Died And Not Dad!”  My son Andy and his father were very close.  Understandably, Andy was very angry after his father died.  Adding to the shock of it all was the fact that Andy was with father when he suffered his heart attack and Andy watched him die over a […]

17 MayNow What? What Is The Hard Work Of Healing?

Now What?  What is the hard work of healing? The hard work of healing involves engaging in thought processes and behaviors, making choices, that support returning to a place of wholeness and normal functioning once again.  Even when we can’t remember what normal felt like… before our thoughts, emotions and feelings, which used to be […]

03 MayNow What? From Widowed to Single

Now What? From Widowed to Single Immediately after Donald’s death I knew that I was a widow.  However, it took me another nine months to realize that I was single.  I’m not sure what motivated me to attend the singles group at church.  Well, yes I do.  One of my children’s grandfathers thought it would […]

Grieving: Strange Phenomenon I have heard many stories over the years from people who are convinced that their deceased loved one was or is trying to get their attention.  Lights being turned off and on. Pictures  rearranged on the wall while no one was home. Mirrors smashed when no one is home.  A […]

19 AprWedding Ring: Take it off or leave it on?

After Donald died I was at a friend’s house and her mother was visiting.  Her mother had been widowed for over twenty years.  We were chatting about husband’s dying and she looked down at my left hand and gasped.  “Where is your wedding ring?”  Before I could answer she told me that I had […]

11 AprWill A New Relationship Take Away The Pain?

28 MarNow What? Stay Away From My Husband!?!

Now What? Stay Away From My Husband!?!  More on this in a minute. Some people don’t notice any changes in their friendships after the death of a loved one.  However, many people do. In fact, some of us have found ourselves looking at different friends, and sometimes even family members, and thinking, “Who Are These People?”  […]

22 MarNow What? Grieving Or Not. Just Breathe!

Now what? Grieving or not. Just Breathe? Yep. When we are grieving it’s normal to slump over and to not sit up straight because we want to curl up in a ball to protect our heart.  Have you noticed that you hold your breath at times? Have you noticed times of shallow breathing?  This […]

13 MarNow What? Animals Experience Grief, Too!

Animals experience grief. My first experience with animals grieving happened after the death of my husband, Donald.   Our family had two dogs at that time.  Harley, a three year old Gordon Setter and Daisy a five year old Beagle. Daisy was a rescue dog and we adopted her when she was a year old.  Harley […] 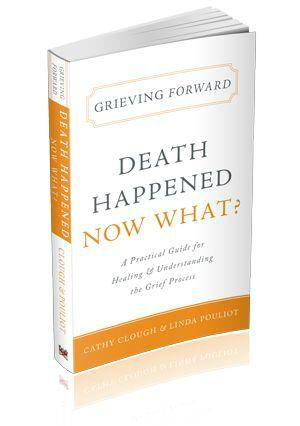